5 Must dos for recovering failed projects 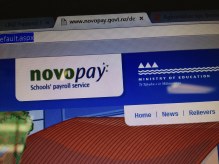 As I was writing my last post on Novopay, I was also contemplating how one can rescue such a project. The minister in charge, Stephen Joyce has announced a $5M fund for addressing the issues. How would this work in real life? Reports are rife that the government wanted to get its money back from Talent2. That, along with the fact that relationships are already at breaking point, are not good success factors for the project. So what are some of the things that need to happen before you can achieve any improvement?

When doctors treat patients with substance abuse, the first thing they try to instil on patients is the acknowledgement that a problem exists. The environment around failed IT projects is exactly the same. It lurches from one problem to another while trying to apply band aids to keep things going. Until parties are willing to admit problems exist, there is no hope for a resolution. If you keep doing the same things there is no chance of the result being any different than what it is today. It is very likely that some within the project saw the train wreck coming and may have voiced it. Seek those out to understand what went wrong.

One of the basic practices of IT is that software developers do not test their own code. It is not because they are not capable. In fact, they should be more capable than anyone else. However, as human beings we are predisposed to not finding holes in our creation. Same is true for the management of the project. The current status is a reflection of many decisions taken through the course of it. Many in the management will feel the decisions were correct at the time with the information they had at hand. You need to remove the management decision makers from both the supplier and customer to ensure progress. Leaving them intact will risk required changes not happening. If the changes do happen, it risks those people losing their authority as they have been “proven” wrong in hindsight. To top manager from the public service, Education Secretary Lesley Longstone has already resigned. If the same has not happened from the supplier Talent2, that needs to happen.

In a major failure it may sound couter intuitive to look for small wins, as the problem is a sizeable one. Most adults are reasonably sensible and not easily taken in by bulls**t. They are well aware that a major failure like Novopay is not going to be resolved quickly. What you need to achieve at all costs is some confidence among your user base that improvements are underway and they can see a light at the end of the tunnel. Bigger your ambition is, more balls are in the air and higher the chance of it all coming crashing down because of weak foundations. Identify how you are looking to improve, set target of small improvements often and communicate honestly.

Throwing more resources is not always the answer

As Fred Brooks Jr has pointed out, the most reliable software is written by one or two man bands. The need for quicker output requires many more developers and as a result introduces complexities several folds. One of the major reasons projects fail is because communication is poor. Having large teams working on it is therefore more risky than the original projects. It is a common tendency in projects to throw more resources at a problem. That is just about the worst things you can do in a failed project. With smaller wins go for smaller teams.

Be prepared to abandon the project

For all the best will in the world sometimes you will not be able to retrieve failed projects. Cost of retrieval may be higher than doing another project from scratch. It also may not give you the benefits you were after based on the additional cost. You may find there is more political will to spend in trying to fix something than re-doing it correctly or abandoning it. Be careful to be seduced by that. It is difficult to contemplate ditching a system like Novopay as that cannot be done without a replacement to pay the teachers. Supermarket chains, farms and IT industry contains a lot of similar requirements with a considerable part time contract staff alongside permanent staff with various levels of skills and entitlements. A fully functional system that does 90% of the requirements may be better than an error prone system designed to deliver all of the requirements.

Have you worked on recovery of a failed project? I will be interested to hear your feedback on Novopay or even failed projects in general.

5 responses to “5 Must dos for recovering failed projects”