I was reading with some interest the various commentary about the Facebook IPO float and subsequent debacle faced by some investors. While I am not personally impacted by it, it does remind me of some common mistakes made in projects. One may call it being wise after the effect, I think of it as lessons learned. 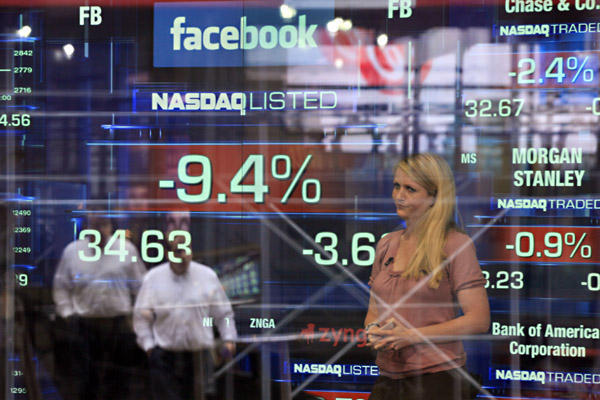 We human beings like to think ourselves as intelligent beings. That however, does not preclude ourselves from making emotional decisions. In fact we are prone to making purchasing decisions at an emotional level. Have you ever gone to the hardware store to buy some screws, only to return home with the power tool that was on sale? Investors did get sucked in. What was desirable and cool became something that they could not live without. Facebook and its bankers took full advantage of that hype.

Playing ostrich never really works well . A quarter of all internet traffic today is from the mobile devices. In the next twelve to eighteen months this figure is forecast to be nearly three quarters of all traffic. Earlier this month Facebook warned they have no meaningful revenue stream from mobile. Combination of the two should have rung alarm bells on what was the largest tech public offering. It appears not many made the connection.

IPO lodgment is a murky process. Everyone is looking to squeeze the maximum out of this. The aim is to raise as much capital as possible. Before you and I get a chance to get in the action, the merchant banks routinely pitch to the institutional investors to buy in. It appears Morgan Stanley not only did this, but also were more forthcoming to them regarding Facebook’s earning potential. This is now facing SEC and Senate Banking committee investigations.

Asking price of US$38 for the Facebook IPO valued the company at US$100b. That is staggeringly four times as much as Google, which has an order of magnitude higher earnings. The ratio of price to earnings is about 200:1, many times more than both Google and Apple. Usual rate of price to earnings for listed companies is around 14 or 15:1. This information was definitely available for anyone had they wanted to analyze it.

What I wrote in this article was a quick summary of what I read. I did not necessarily know all of it, neither do I claim this to be a comprehensive analysis of what transpired. The resemblance of some of this to bad practices in project management is uncanny. Let us learn from other’s mistakes, without repeating it ourselves. It may be that people that bought into Facebook today will really make hay. If so, I will hail them as visionary 🙂

What impact does modern communication have on project management?

Yesterday, I was looking at the PRINCE2 manual for a highlight report content for a project. As I was doing my reading, I found myself going through some other topics before I got to the specific topic I was looking for. Suddenly,  occurred to me that I could just use a Google search to quicken the process. That got me thinking … how does technology and modern communication methods impact project management practices?

I am one that prefers reading books as a way of learning. A good thing about books is that you don’t necessarily find what you are looking for at the first glance. In search of highlight report content, I ended up reading some other materials within the manual. This is knowledge I gained or refreshed, which I did not set out to. Using a search engine like Google would have meant I would never had the reason to learn what I did. Downside is that it took me longer to get to my objective. Depending on your point of view, this could be a good thing or bad.

The odds are if you have found this blog post, you have come through a search engine. What that opens up is access to a range of opinion that was previously only accessible through your professional networking. In the case of new project managers it was a significant barrier to professional development. While you now have a significant resource pool, it is difficult to verify the track records of the bloggers. The key here is to use your own judgement. Do not take any particular opinion as gospel.

New media has also changed the mindset of consumers. People no longer expect to be fed information. Projects are much more collaborative and agile than ever before. People need to feel they are engaged, rather than being dictated to. This enables opportunities for a lot of delegation of responsibilities to ensure appropriate handling of project execution. This however has introduced additional challenges in monitoring and control. At the same time, it makes it much more practical to manage the projects through real time logging and tracking of issues and risks.

Like all other aspects of life, new communication media is changing the way we manage projects. People do things differently now than they used to previously. The pace of change is quicker now than ever before. As project managers, we manage projects and by extension people within them, to get a successful outcome. We need to be adaptable to ensure we run with the times.

It is neither better nor worse … it is just different.